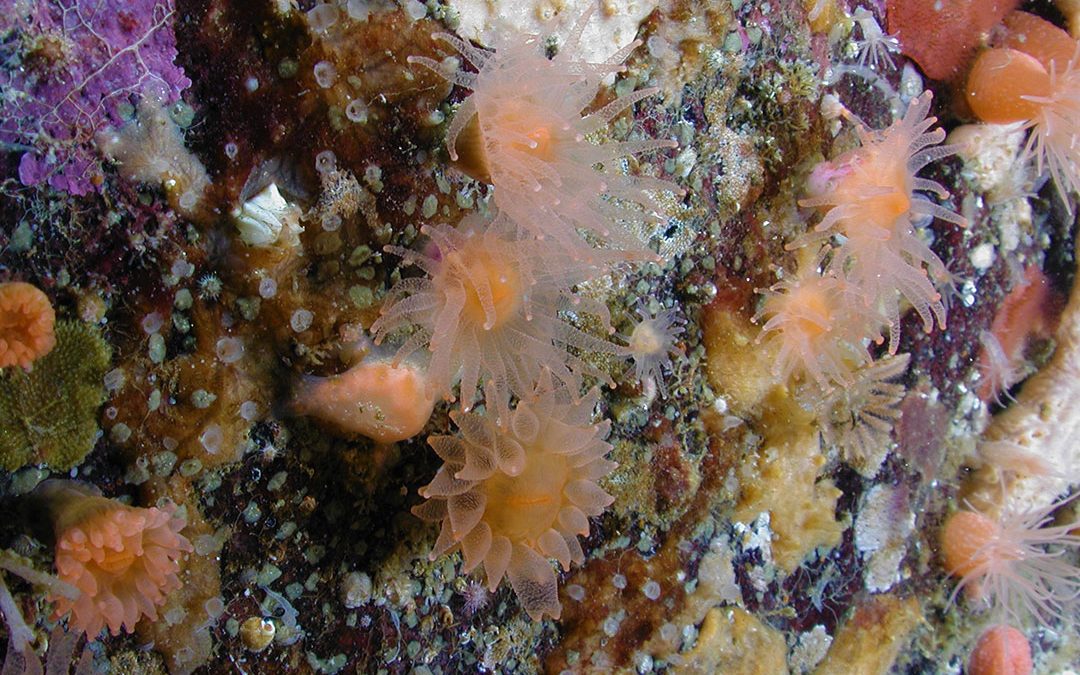 On the 24th of July of this year Thomas Heran and Fernando Cornejo arrived at the scientific field station of San Ignacio del Huinay with the important mission of realizing scientific dives to investigate the reproductive period and life story of the cold-water “cup coral of Huinay” (Caryophyllia huinayensis).

Thomas is a young Chilean scientist who has been realizing his doctorate in the Alfred Wegener Institute (AWI) in Germany, leading a research project titled “Early life history of the cold-water coral, Caryophyllia huinayensis from Comau Fjord, Chile”. 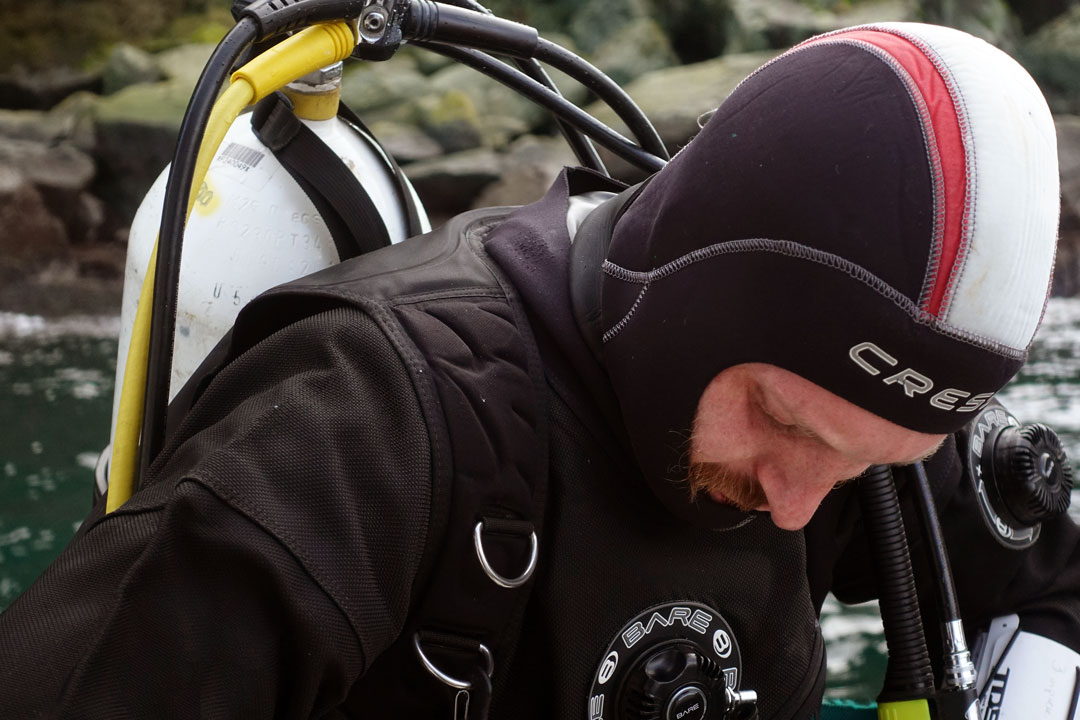 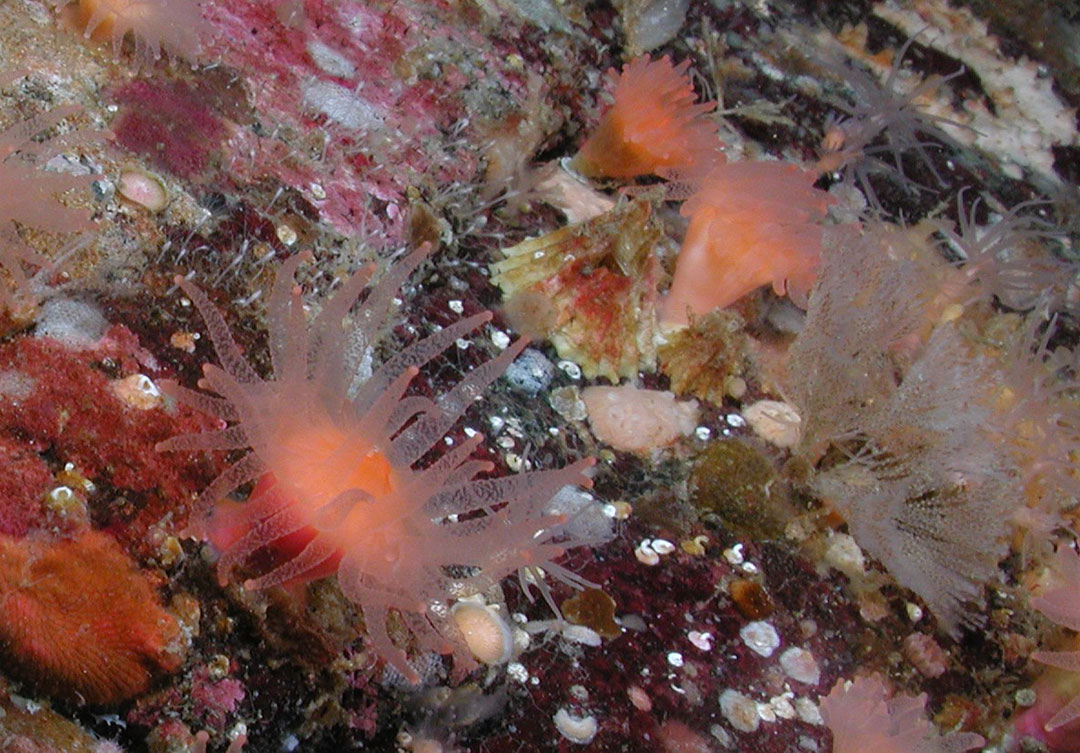 C. huinayensis is a type of cold-water coral endemic to Chile. It is latitudinally distributed from 37°S to 50°S with a vertical distribution from 11 to 800 meters of depth. It is a little-known species whose life story and biology are still waiting to be discovered. Among conditions of low salinity and pH, extreme conditions for calcifying organisms, these individuals may be found in abundances greater than 2200 individuals per sq. meter. The principal threat to the corals, apart from the acidification of the oceans produced by climate change, is the stress created by sediments which come from natural processes as well as anthropogenic activities, like salmon farming.

In the beginning of last year, in the experiment laboratories of AWI, Thomas discovered an unpublished process which led him to reformulate his project. Examples of C. huinayensis (brought from Fjord Comau to Germany in 2014) presented among their tentacles some orange structures which moved. Through “time-lapse” methods, he could corroborate that these structures had moved of their own power and were expelled from the coral mouth to the water column.

By performing a series of experiments, he was able to demonstrate that these orange structures have ability to float up the water column during their first days. However, his discovery went even farther. Not only could he determine that the metamorphosis from a larva to a recruit (settled juvenile organism) occurred among the first 24 hours to 29 days after being liberated from the coral (process described in vitro), but his time-lapse photos also document the metamorphic processes that occurred in the early life of the coral.

What is happening in the fjord in comparison to the laboratory? This is the grand question which Thomas hopes to address in his second stage of research, and for which he came to Huinay. In the area he plans to realize field work in several stations (locations) throughout a year, with the goal of collecting corals, water samples, and zooplankton. These data will help him to determine the period of reproduction and the environmental factors which complement this process. 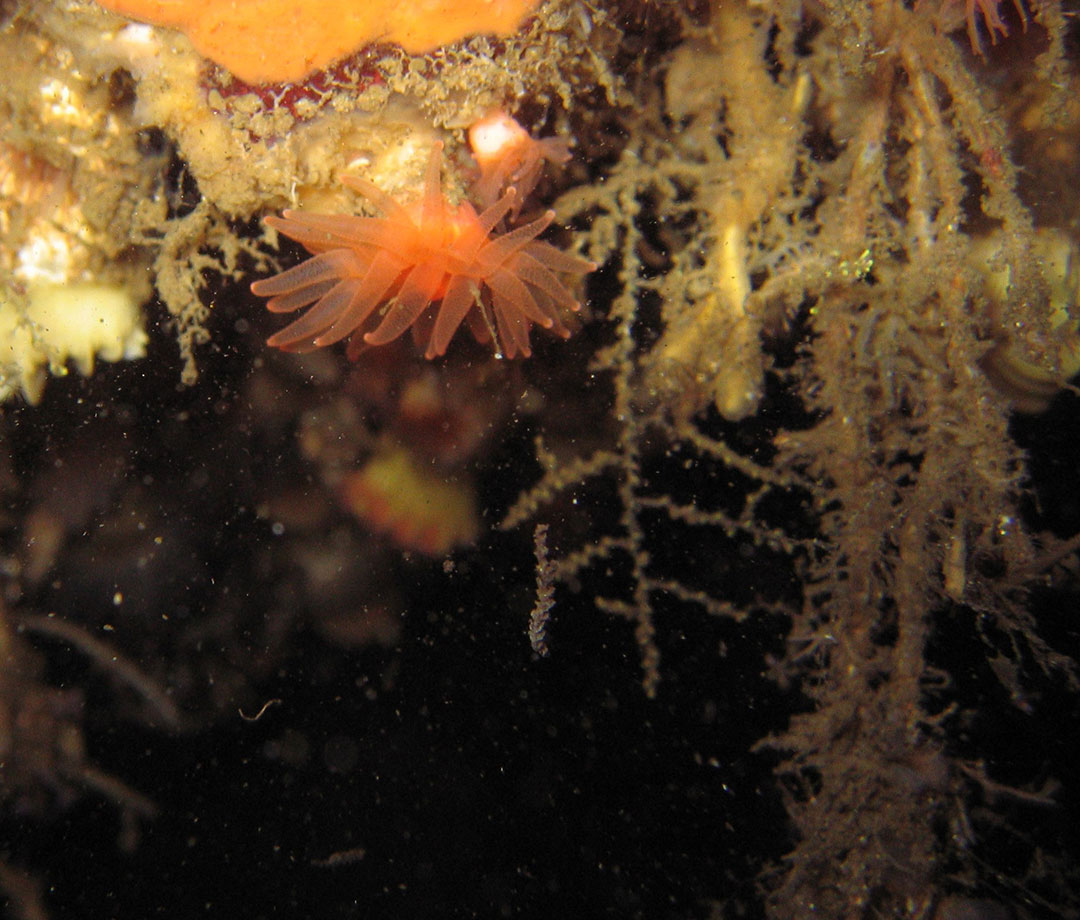 Overall, this grand investigation will be able to reveal important facts about the environmental conditions that are able to influence the life story and reproduction period of the cold-water coral C. huinayensis and it will also be able to demonstrate the possible effects of environmental changes attributed to anthropic activities upon the coral life cycle, and how these effects may be mitigated during the period that this coral is most vulnerable.