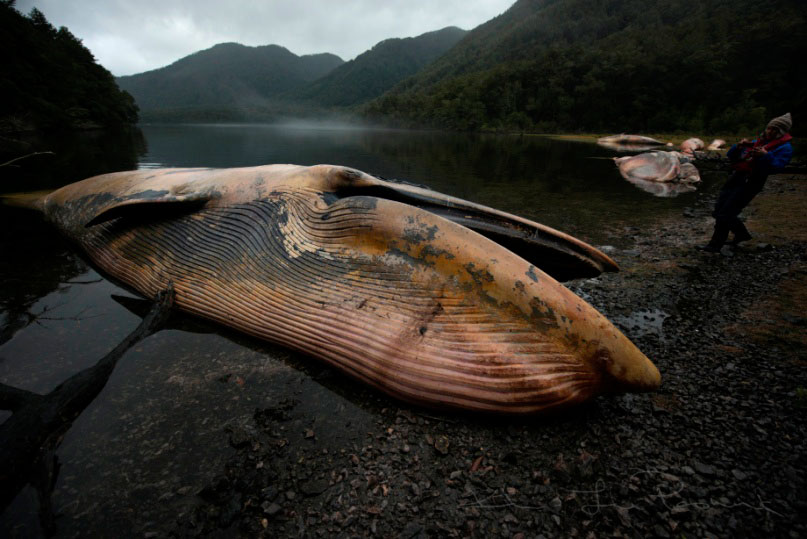 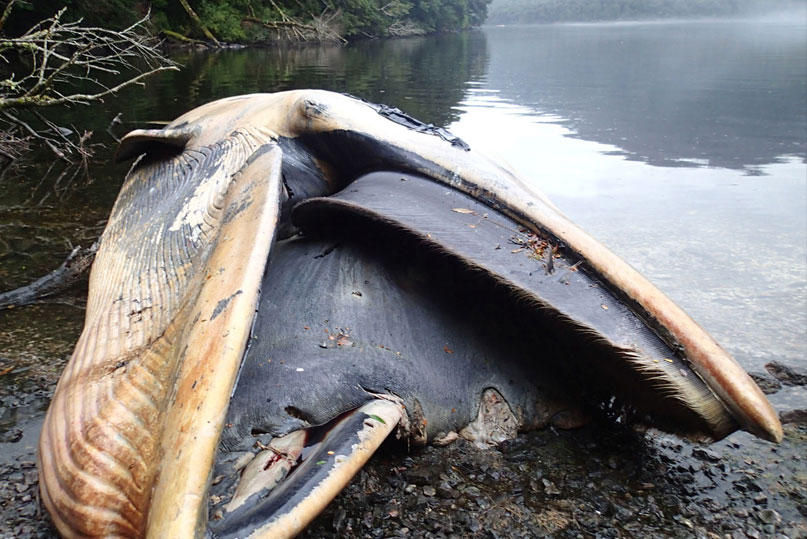 Whereas large mass mortality events (MMEs) are well known for toothed whales, they have been rare in baleen whales due to their less gregarious behavior. Although in most cases the cause of mortality has not been conclusively identified, some baleen whale mortality events have been linked to bio-oceanographic conditions, such as harmful algal blooms (HABs). In Southern Chile, HABs can be triggered by the ocean–atmosphere phenomenon El Niño. The frequency of the strongest El Niño events is increasing due to climate change.

In March 2015, by far the largest reported mass mortality of baleen whales took place in a gulf in Southern Chile. Here, we show that the synchronous death of at least 343, primarily sei whales can be attributed to HABs during a building El Niño. Although considered an oceanic species, the sei whales died while feeding near to shore in previously unknown large aggregations. This provides evidence of new feeding grounds for the species.

The combination of older and newer remains of whales in the same area indicate that MMEs have occurred more than once in recent years. Large HABs and reports of marine mammal MMEs along the Northeast Pacific coast may indicate similar processes in both hemispheres. Increasing MMEs through HABs may become a serious concern in the conservation of endangered whale species.
Read full peer-reviewed journal here: https://peerj.com/articles/3123/ 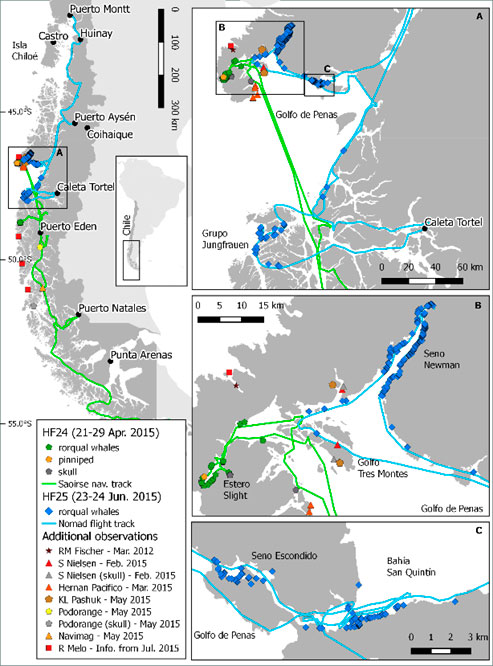 “The study is a multi-disciplinary one, we worked with people from different disciplines to understand what happened to the whales in Central Chilean Patagonia: where did they die, why did they die, how they were transported by currents etc.

There are two main findings of the study: the first is the discovery of apparently one of the most important feeding areas of sei whales outside the polar region. The second, and perhaps most striking finding is the simultaneous death of around 350 sei whales which marks the largest ever recorded baleen mass mortality event, which can be linked to an intoxication of red tide toxins.”

Several expeditions on the sailboat Saoirse (https://patagoniaprojects.wordpress.com) were subsequently initiated to conduct follow-up studies on the baleen whale mass mortality.  To learn more about the scientific studies, the mysterious event of the mass mortality and the daily lives on the research vessel during the expeditions, click here (https://expedition2016.wordpress.com/) 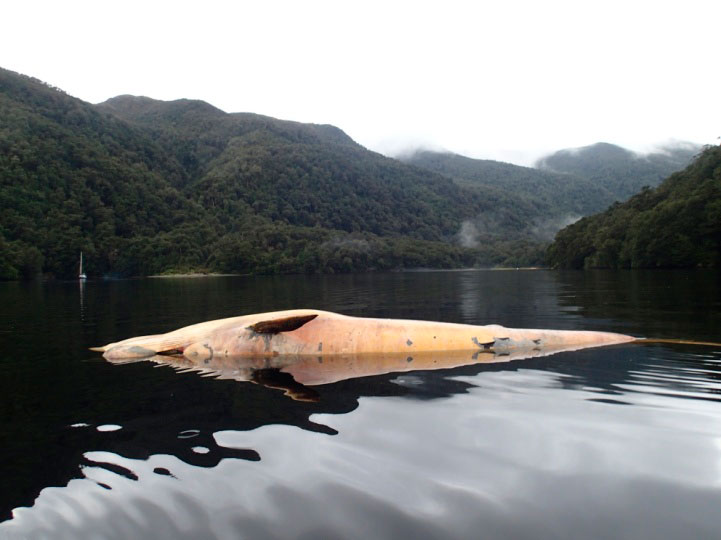 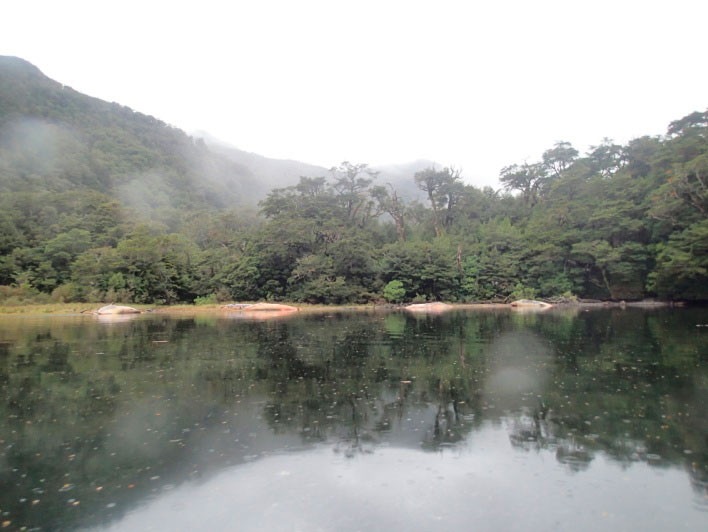 Read article about the discovery in Patagon Journal (20 July 2016): http://vreni.anthozoa.info/homepagevreni/Mystery%20Whale%20Deaths_Patagon%20Journal%202016.pdf