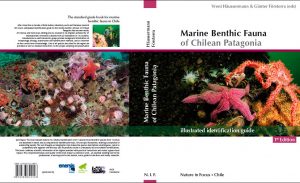 The idea for this book emerged in 1997/1998 during a six months sampling trip along the entire Chilean coast which was the base for our diploma thesis. The abundant material we gathered and the difficulties we had in identifying the species based on the existing literature, and the many different (wrong) names that were circulating for the same species showed us the necessity of a practical identification tool for the Chilean marine fauna that allows identification of organisms as close to the place they live as possible. During two further expeditions to the Northern Patagonian Zone in 1999/2000 and 2001, we discovered the Patagonian fjord region to be the most diverse but also the most neglected part of the Chilean coast. From there on we started to establish a work group of taxonomic specialists with the aim to create the first multi-taxa identification guide for the Chilean fjord region. Since 2003, we are based at Huinay Scientific Field Station where we intensified the systematic collection of all macro benthic organisms.

The number of cooperating scientists increased rapidly and soon we worked together with specialists from 26 institutions and 14 countries all over the world, at least one for each taxonomic group. This significantly speeded up the identification process of the sampled material. In 2005, we started the expedition series “Huinay Fiordos” (HF), on which, with participation of some of the cooperating scientists and enthusiastic field assistants, we multiplied the amount of sampled material and species. In 2017, we in 2017 HF34 to HF36.

More than 470 species made it into the first edition, of which 10% were new to science at the moment they were sampled for this project. The selected species are among those that are most likely to be found by a scientist, enthusiast or just an interested observer working with or looking for benthic animals. Of course many species that were in the sampled material have been excluded. Considering that the present selection of species already contains more than 10% new species makes us believe that the remaining material could harbor many more undescribed species. 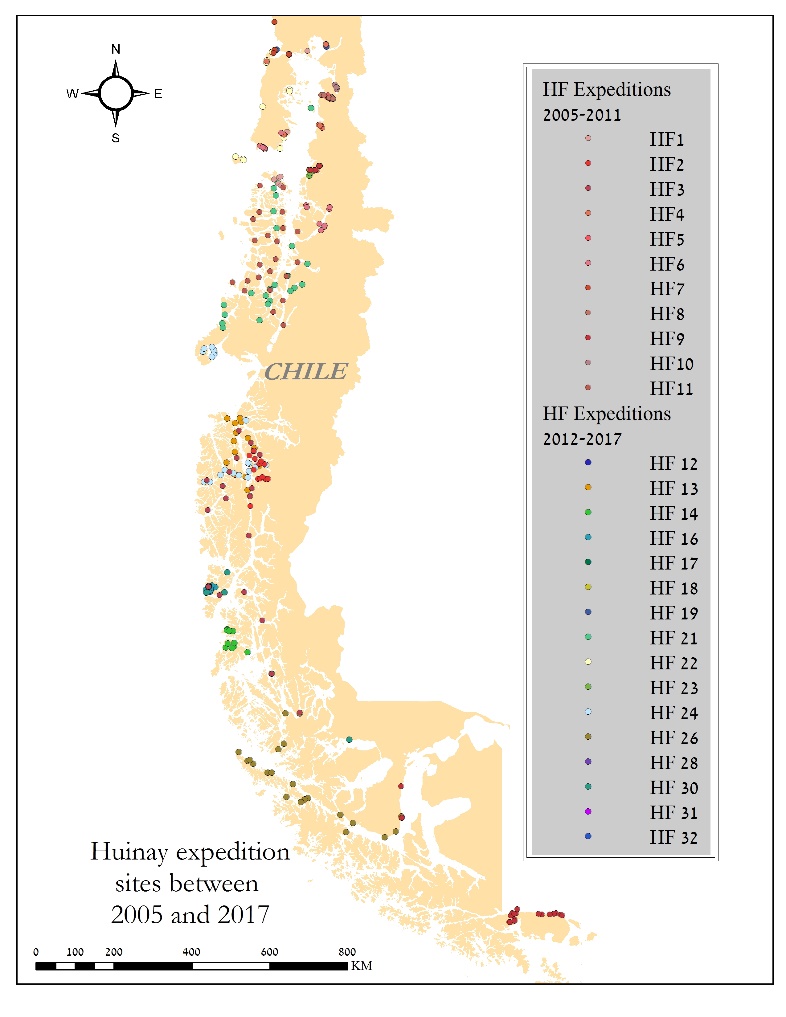 The chapters Principal geological aspects of the Chilean fjord region, Geography of the Chilean Fjord Region and The fjord region of southern Chile: oceanographic aspects have the aim to give background information on the history and the abiotic particularities of the near shore habitats along the coast of the Chilean fjord region. The focus is on those aspects that had, have or may have relevance for the development, distribution and biology of benthic assemblages and their species. They provide valuable insights into the physical and chemical conditions in the region and embed the marine biological section into a broader, interdisciplinary context. They are also a good source of information for the planning of sampling trips.

The chapter Ecological and Biogeographical Aspects of the Chilean Fjord Region links the abiotic environment with the biological and ecological situation in the fjord region and describes important patterns and driving forces. It describes the state of knowledge on the marine biodiversity, its threat and its conservation.

The chapter Introduction to Higher Taxa summarizes general information on the included taxa. Finally, the Protocol for Sampling and Preservation of Marine Organisms summarizes the information necessary for collecting specimens of different phyla. The taxonomic chapters are color-coded. Each phylum has a color, and the subgroups have subcolors.

The general part of each taxonomic chapter includes an introduction, often a taxonomic key, a glossary and the bibliography. The General Introduction gives a background on morphology and biology of the group, and provides guidelines for sampling and preservation. Some also include information on the taxonomy, the ecology, commercial use, etc.

The idea was to give enough information to enable the interested reader to not only identify the specimens in the laboratory, but also in the field, at least in some taxa.