Discovering new species in the unknown depth of Chilean fjords to understand their ecosystems and support their sustainable use and conservation.

If there remains a place in the world which merits the description “Terra Incognita”, then that title must be applied to Chilean Patagonia. Here lies a tangled web of fjords and channels where the harshest conditions of terrain and weather have conspired to repel all but a few attempts at exploration. Vast distances, incredible depths, dangerously poor charting and mapping have defeated all but the most hardy of “would be” explorers, and certainly modern scientific methods have scarcely made inroads into wringing the secrets from this most enigmatic labyrinth.

Yet this extraordinary area, arguably the least studied region on the planet, is about to be mortally threatened by the gold-rush mentality of a new industrial exploitation. For seventeen years it has been my struggle and my work to scientifically examine the depths of the Patagonian seas in order that this new knowledge might be applied towards avoiding, or at least mitigating the destructive effects of this type of exploitation. My SCUBA diving expeditions have revealed an unknown, stunningly lush benthic life and the results of my explorations to date have often been the only source of biological information for decision making on the future of a unique ecosystem. My discoveries include dozens of new species even in the most accessible parts, but even these spectacular findings can only foreshadow what hides in the areas and depths that so far have been out of reach. The Rolex Award would afford me to bring our new Remotely Operated Vehicle to the most intriguing places and depths to explore a fantastic world that no human eye has seen before, but which could easily be destroyed before we can know it. It would help me to share these wonders with the public to raise awareness and create advocacy. This way I hope that it will empower me to succeed in my quest to implement a network of protected areas that will efficiently conserve some of the worlds last true marine wilderness.

The expeditions will take us to three key sites in Chilean Patagonia which we identified as “Missing pieces of the puzzle” (Fig. 1). Each site presents special challenges. During the three planned expeditions either two teams of SCUBA divers will be in the water taking samples, pictures and video footage, or a remote operating vehicle (ROV) (see Fig. 3) is sent to go beyond diving depth. 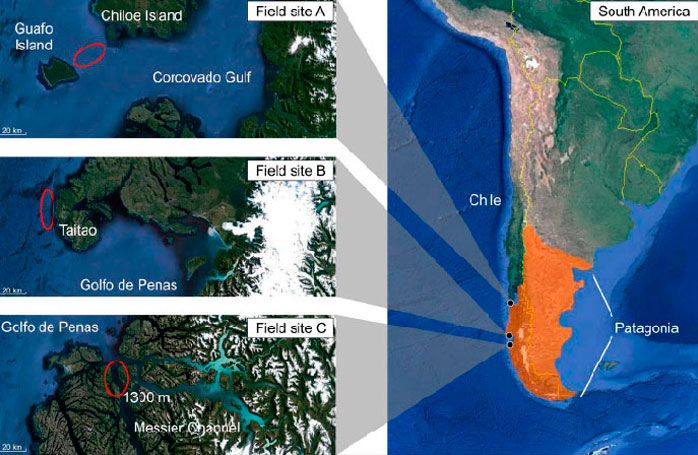 With 1300 m depth, Messier Channel is the deepest “crack” on the Chilean Patagonia shelf and the deepest fjord outside Antarctica. Tremendous amounts of water are moved along its axle, producing strong currents that nourish shallow water filter-feeder communities. Since Messier Channel has no deep “exit” anything that sinks in the area will be trapped and concentrated in the funnel like chasm, providing food for deep water organisms. Without direct connection to the deep sea the fauna outside the shelf, the fauna in the light-less depths is very isolated and I expect it to be very particular.

Grab samples from Messier channel from 1888, deposited in the Smithonian Institute indicate a lush deep water coral fauna. No biologist, beside me, has done research there since. I want to send the ROV to explore the steep slopes of Messier Channel, deeper than anyone has looked down with a camera before.

During our former SCUBA expeditions, we have photographed two impressive species at Messier Channel, which are new to science, but which we were not able to collect yet: a “giant sea fan crab” and a “golden sea fan” (Fig. 2).

Fig.2 The giant sea fan crab and the golden sea fan, two of the countless undersribed species living in the depth of chilean fjords.

Both were found at the lower limit where SCUBA divers can go with compressed air and where duration of stay is restricted to a few minutes only. But without a specimen in hand, we will not be able to describe these species scientifically. Using scooters, we will be able to better deal with the currents in this channel and cover a maximum of area in the given time, which gives us the best chances to find further specimens of these impressive species and bring them to daylight.

Peninsula Taitao is a protuberance of the continent that extends through the archipelago far into the ocean beyond the regular line of the continental slope.As a consequence, the more than 1000 m high mountains fall directly into a more than 3000 m deep sea bed. Over 4000 m height difference within less than 14 km – a very rare coastal feature!

The shape of the trees reflects the strong winds prevailing at these shores. From Aysen or Tortel (the closest human settlements) it takes 2 days to reach the outer coast of Taitao Peninsula with a small vessel, no other location is as remote and difficult to access. Huge waves and strong winds, often from different directions, in combination with the shallow gulf south of the Peninsula produce a challenging mixture. The beaches along the exposed shores can only be accessed a couple of days a year. During a good weather period we will go to Estero Cono and hide there from the waves while doing SCUBA dives in the shallow parts.

When conditions allow to enter the open part we get to our target area and I will send the ROV (see Fig. 3) down along the steep descent off Peninsula Taitao. This area is known for its upwelling during summer. Here lies the transition between the northern and the Central Patagonian Zone and I expect a lush benthic life and extreme deep water emergence at this spot, a phenomenon that brings very deep living organisms close to the surface.

Another effect of up-welling is that nutrient rich deep water is mixed with CO2 rich sub-Antarctic surface water, a culture medium for micro-algae powering an extremely productive food chain.Huge amounts of large whales gather here during some months, feeding on the large schools of fish and krill. During my last expedition to the protected Golfo Tres Montes inside Taitao Peninsula I documented a massive whale mortality (see project “Mass stranding of Sei whales”). Here we have best chances to find sunken whale carcasses with a special whale-fall fauna on it. 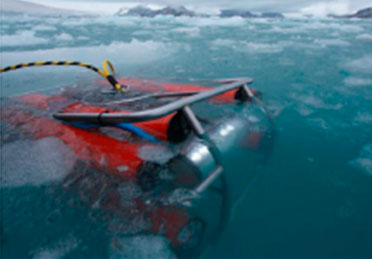 Guafo Island has a very unusual and remote location in the Corcovado Golf. Only sea lions inhabit this remote island. It is located close to the shelf edge and between Guafo and the big island of Chiloe lies a submerged saddle that probably is very well flushed. Without the sediments that normally come with the rivers on the continental part, the water around Guafo is extremely clear and visibility often reaches 30 m. This is ideal for macro-algae in the shallow parts and filter feeders which do not like much sediment in the depth. From its location it is a transitional place between the fauna from the inshore areas and the exposed coast, and a stepping stone for fauna of Chiloe and the Guaitecas Islands, and therefore very interesting with respect to its bio geographical linkage. On the saddle I expect a very lush and particular filter feeder fauna. We know that at least one of the coral species from the Patagonian shelf is able to form larger accumulations, and of what we know from deep water corals this would be THE place to look for deep water coral gardens. If we find them, this would be the first record of deep water coral reefs from the south east Pacific.

But Guafo is no easy place to go. Most of the time, big waves hit its western shores, coming from the open ocean. So when the weather forecast is right we would go there and “hide” in a sheltered place and do the shallow water SCUBA surveys until the conditions allow to enter the open part and drop the ROV on the saddle.

A 16-minute documentary about the marine biodiversity of Chilean Patagonia and its threats has been prepared in 2017. After having been shown on television, the video will be uploaded to Youtube.

Divers will photo-document and sample new and interesting species and will photodocument benthic communities (Fig. 4). With the ROV we will survey the depth below 30 m. Once back at Huinay Scientific Field Station, the sampled specimens will be sorted and identified or sent to our cooperating specialists for identification. Together with colleagues, we will describe the new species we have found and prepare scientific articles about other findings from the expedition. Based on the gathered information on species distribution from the chosen key sites, we will be able to substantially refine our species distribution models. All data from our database will be fed into MARXAN, a decision-support software which is specifically designed to develop proposals for networks of marine protected areas (see PEW project). 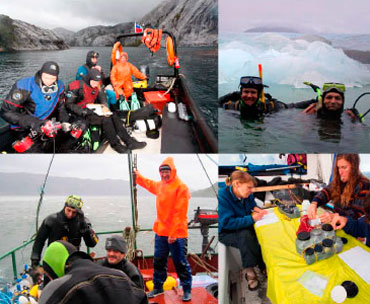 Fig. 4: Vreni Häussermann has oganized and carried out 49 SCUBA diving expeditions in Chilean Patagonia between 1997 and 2018.